Today is World Suicide Prevention Day and my mind is circling around the memories of the day we lost Matthew. The day was so unreal my body was so numb. I think about it now and I realise that the day we lost Matthew was the day I discovered the depths my own sadness could sink to. Losing my cousin taught me some of the hardest lessons of my life and I don’t think I’m done learning.

Without going into to much detail, Matthew was a beautiful and creative soul who was faced with many storms and rough seas. His death affected each individual member of my family in it’s own way and has painfully divided us. As they say, hurt people hurt people.

His death isn’t the only suicide my family has had to endure, earlier this year we buried my uncle. He left behind a devoted a mother and three young boys.

Life is hard. For you and for me. The only way we make it any better is by shining the light of hope everywhere we go.

We need to raise awareness about illnesses such as depression and remove that stupid stigma that anti-depressants are bad and only for the weak. Depression isn’t a weakness of the mind, it’s an illness that needs to be treated, like the flu or diabetes. You wouldn’t deny a diabetic their insulin, would you?

I wonder what Matthew would have been like today. What would his 23-year-old self have been up to? Sometimes he visits me in my dreams and I get to laugh with him about silly things. Those are the best dreams.

What are you doing to share a little hope? 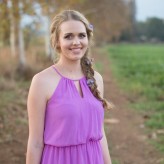