Nap time – there is nothing better than a lazy afternoon snuggled up on my bed drifting in and out of consciousness with daylight streaming in through my windows. It’s pretty much my perfect afternoon.If it were up to me, I’d make siestas a national pastime like in Spain, it would be idyllic.

It amazes me how some people (including my husband) simply don’t nap. It doesn’t matter how tired they are, they’d rather push through their foggy minds than wake up with a sleep hangover – which is a real thing – or possibly wake up to darkness because of over sleeping.

Look, I understand their fears, but at the same time, maybe they are giving up all too easy? You see, there is an art to napping and because I take it so seriously, I thought I’d help all those serial non-nappers out with a few facts. The Secrets to Nap Time:

So, as you can see, the case for napping is strong and feeling refreshed after your snooze is a matter of timing. Anyone who feels the need to judge me or my nap loving counterparts, sorry for you, but science is on our side!

P.S. Read about the great people of history who were nap lovers like myself (including the likes of Winston Churchill, Thomas Edison, Salvador Dali, and Eleanor Roosevelt). 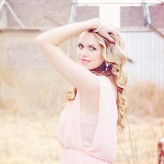 Blogger and Social Media Strategist. In ♡ with the idea of inspiring with words & photographs.